Who Makes a Good Freight Agent?

Who Makes a Good Agent? 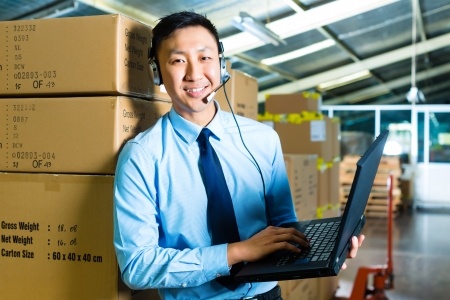 A freight agent or freight broker typically works as an independent businessperson who’s attached to a 3PL (Third Party Logistics) company. The freight agent sells all of the same products and services they’re used to selling with the big carrier (and often more), and we already know from the article, “Why Freight Agents Make More Money,” that a successful freight agent will double or triple their earnings as an agent versus a direct rep. But what type of person makes a good agent?

As a 3PL company that’s been in business over twenty years, it’s been our experience that there are two types of direct reps who make fantastic freight agents; the junior rep who’s been in the business a while, and the seasoned vet who’s nearing retirement. That’s not to say that direct carrier reps who fall outside of these two archetypes wouldn’t be great freight brokers, but our experience has been that seasoned direct reps who’ve been with a carrier for a long time simply have too much to risk by going out on their own. That being the case, let’s take a closer look at the two groups who make excellent freight agents: 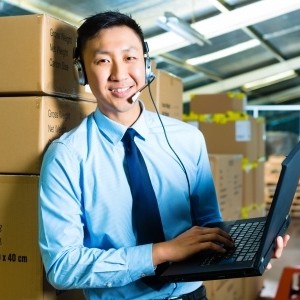 The Junior Rep With a Book of Business

What’s a junior rep? By our definition, a junior rep is someone who’s been in the freight industry for three to five years and has a book of business, but hasn’t made the kind of money they were told they’d be making or would like to make. Typically, junior reps have gotten into the freight business right out of college and the job they’re working in today may or may not have been their first job out of college.

Junior reps aren’t entry-level, but they’re not yet at the top of their game either. They do, however, understand how the freight industry works and what their customers expect from them and the carriers for whom they work. The junior rep is usually in their mid to late twenties or early thirties. If they’re married, they probably haven’t yet started a family, or are more career-focused.

Once a junior rep discovers what a freight agent is and does, it’s difficult for them to remain content in a salaried position, or a salaried plus capped commission position. It’s easy for the junior rep to envision what’s actually possible for them to earn. They quickly understand that by becoming a freight agent and selling the same services they’re selling today, they can earn three or four times the money. The trade-off is that they’re giving up the security of a steady paycheck for the bigger payday. Once direct reps start families and add a lot of responsibilities to their lives, it gets harder and harder for them to abandon the security that comes with a steady check, even if it is lower than what they could make as a freight agent.

On the other side of the coin, we have the soon-to-be retired direct rep that may or may not want to get out of the game entirely.

The veteran rep has likely built a solid book of business during their career and may have even been with the same carrier for the entirety of that career. They’ve cultivated those relationships and have a great trust between them and their customers. The veteran rep more often than not knows what his clients need before they do. He knows their schedules, what types of freight they’ll be transporting, and what the client is going to expect from them. Letting that kind of relationship lapse after twenty plus years isn’t easy. These aren’t just clients to the veteran rep – they’re friends. The conscientious vet struggles with the idea of someone else walking in and simply taking over the book of business he’s worked half of his life to develop and nurture. The solution: become an independent freight agent and keep your book of business. Continue to sell and earn double or triple the money post-retirement.

In addition to retaining their book of business, direct rep retirees have often cited these other reasons for not wanting to simply hang up their hat:

So whether you’re an entrepreneurial junior rep looking to earn $250k + per year, a veteran direct rep who’s been in the game and wants to stay in the game, or you’re somewhere in-between, download the “NEW AGENT CHECKLIST” and get ready to make your big leap today!